Skip to content
Home HEALTH OMICRON- A VARIANT OF COVID-19

OMICRON- A VARIANT OF COVID-19

Just as covid-19 was making a partial exit, Omicron – a Covid 19 variant made a painful entry and is out to haunt us!!!

Two years ago, the world was in the stranglehold of the Covid-19 virus and it wreaked havoc across the globe. After such a long time, you’d think that we had nothing more to worry about . However, the virus and Greek alphabets seem to dog us. In addition to the Alpha, Beta, Gamma , Delta, Lambda and Mu variants of the virus (the different labels given by the World Health Body), we’ve now raced on to the 15th letter in the Greek alphabet— Omicron. The Omicron virus has spread its wings far and wide , making a touchdown in more than 120 countries.

The first cases of Omicron were detected in South Africa. Once detected, Darren Martin, a computational biologist at the University of Cape Town, South Africa, says that “It just came out of nowhere.” Recent studies show that people with a weakened immune system and those who are unvaccinated are more likely to fall prey to the Omicron virus. 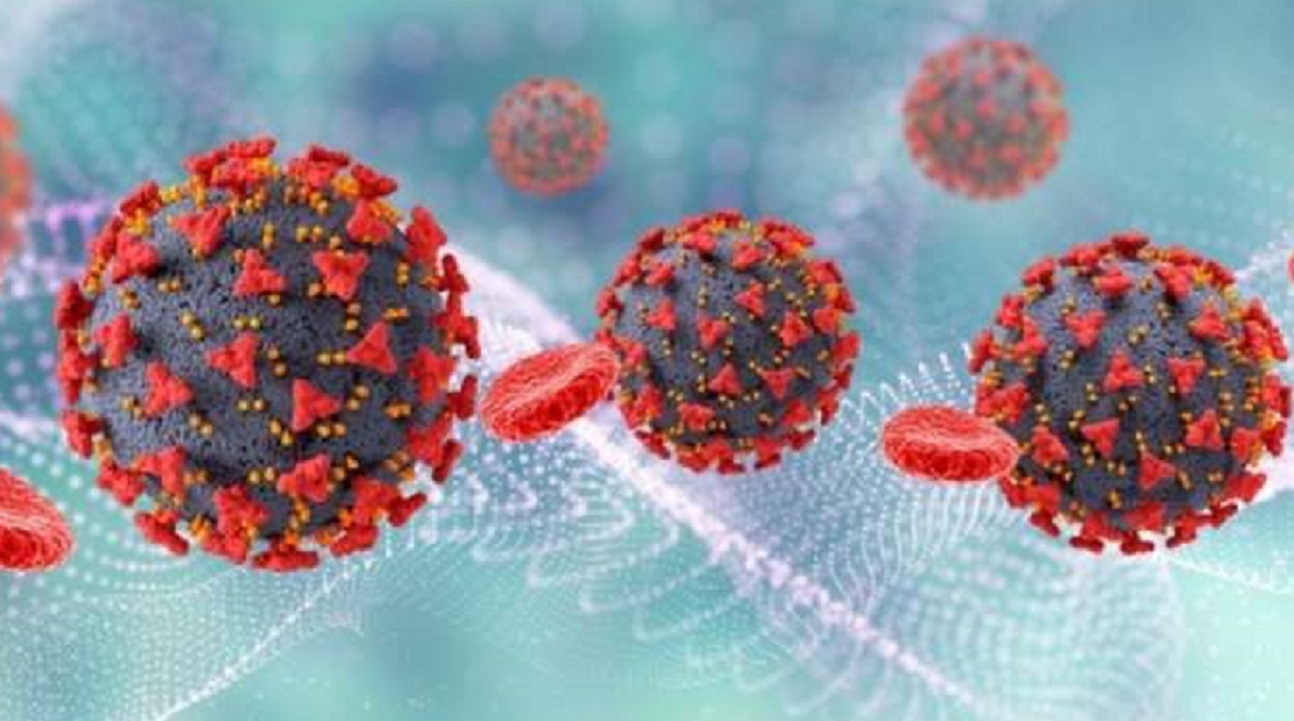 It’s a given that viruses constantly change their structure over time- that is they mutate and their genetic code changes. And, it is these mutations that often determine the characteristics of the virus. Omicron is on a mutation spree for it has more than 30 mutations to its credit. That’s why it’s referred to as a Variant. This particular variant covers more ground in shorter spans of time, runs faster than its predecessors, affecting more people at one shot. Not surprisingly then, has it  been labelled as “a Variant of concern’. Though the Omicron virus appears to be less virulent than its previous counterparts, we aren’t sure it stays that way.

The corona virus and all its variants, including the Omicron virus have one thing in common. They have sharp spikes that emerge from the outer surface called ‘spike proteins’.  In addition to protein, the virus also has “genetic” material. Scientists found the genetic makeup of the Omicron virus  rather surprising. The spike proteins are not just innocent bystanders—not by a long shot. They are the actual troublemakers.

When the omicron virus enters the body, like an antenna searching for a signal, its spike proteins search for a compatible mate on the surface of the cell. Although there are different proteins on a cell’s surface, Omicron’s spike proteins are only in search of those that it can relate to. Once it finds its mate, it connects and sticks on to it for dear life. However, in order to do any real damage, the virus has to replicate itself and for this it has to enter the cell. The fusion is a prelude to entry for  it helps the virus break through the cell barrier.  Once it crosses the cell’s natural defense mechanism, it gets inside the cell, appropriates the cell’s biochemical lab to replicate and make new virus particles. These new virus particles spread fast to other cells and other people too.

CELLS CAN FIGHT TOO

Cells don’t take invasions lightly. Over time, human cells have evolved in such a manner that they can normally ward off invaders. Their outer fatty coating is a strong mixture of proteins, enzymes and DNA- a pretty strong army if you ask me. Normally, they are pretty successful at keeping enemies at bay. However, when a virus uses its own sticky proteins to fuse itself to like-minded cell protein and enters the cell, then there’s trouble.  It starts to ‘takes over’ the cell and the battle is lost. That’s what the Omicron virus does.

With Covid 19 infections, a couple of things happened- mild or severe infections. Mild infections usually began in the mouth or nose and spread to the throat or vocal chords but not below that. In severe infections, the virus entered the lungs where it did irreparable damage. If the lung walls scarred, the virus could escape into the bloodstream itself. This not only destroyed other organs but also initiated blood clots that were sometimes fatal.

According to Dr. Gupta, a leading immunologist in the UK, the Omicron virus in its present form primarily targets the upper respiratory tract- the nose, throat and mouth and maybe the vocal chords. He attributes the mildness of Omicron to this fact.

We know that for a virus to gain entry into a cell, it has to be able to attach itself to a protein on the cell’s surface. Studies show that the protein on the surface of lung cells don’t gel well with surface proteins on the Omicron virus. Thus, even if the virus does infect the upper respiratory tract, most probably, it’s not likely to move down to the lungs. This is because the particular protein specific to lung cells is not present in the upper airways. And that means the chances of the Omicron virus affecting the lungs is considerably reduced. That’s the good part

However, Dr.Gupta notes that the chances of the virus “getting expelled in tiny drops into the surrounding air and infecting more people is greater.” Scientists also opine that Omicron’s ability to evade and circumvent antibodies, could account for its rapid transmutability. That’s the bad part.

Do what you did before and what you are doing now.

So will Omicron spell the end of the virus wave? Reports indicate that it may not be so. A sub variant appears to be doing rounds and is apparently very contagious. It differs from its parent by about 40 mutations.

Although the sub variant has currently infected only a few, could this be just the tip of the iceberg? Could this be a precursor to future variants? Will Omicron have a ‘longer tail’ than expected? All million dollar questions that as yet seem to have no answers. Who knows what the future has in store. We can do little but wait and watch. Meanwhile, don’t let down your guard and let Omicron creep in!