A battle Royale is being waged between Art and Science- a battle that will see no end and have no winner.

Art has been around in some form or the other much further back than you can even visualise. The point here is that human beings have always wanted to unleash their creativity and express their feelings and emotions in different ways on different mediums such as glass, metal, rock, stone, and more recently, paper, canvas, and even on computers.

Can one define Art?

The question begs- what is Art and what does it do? Art defies ordinary description. Its meaning extends beyond the contours of everyday language. Art is an extension of your personality and that’s why the paintings or sculptures of two different artists are never the same (even if the subject is). As Thomas Merton said- “Art is about searching within, expanding the world, and determining perceptions”. Perceptions tend to vary, how things are expressed varies and the emotions it invokes thus vary. 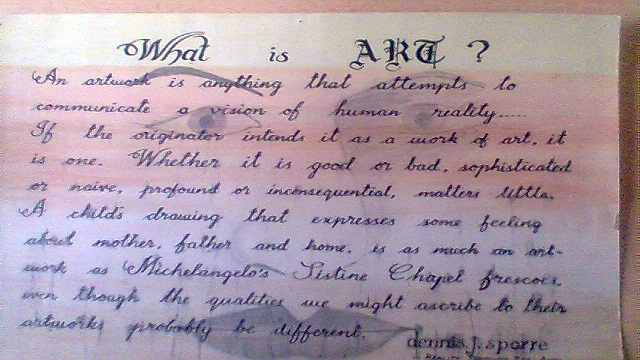 What is Art- As defined by Dennis J Sporre

What Art does for you

Art is a journey of discovery, exploration, and experimenting- at the end of which you know what you are. It’s a relentless pursuit of beauty and truth and its portrayal thereof. Every piece of art arouses some sort of emotion and awakens the aesthete in you. Art speaks for itself, it requires no words. It raises your pulse rate, it ignites your senses, it makes you dream it overawes. It breaks barriers and links people that otherwise have no common bond. Art colors our lives and brings music into it.

While there is no gainsaying the fact that Art is an integral part of life, there’s also no denying the omnipresence of science. Wherever we go, whatever we do, whatever we use is driven by science. The impact that science has on our daily lives is tremendous- think smartphone and Internet, think electricity and allied appliances, think of Facebook or fridges, science has a finger in every pie.

All these things have made life so much easier that we cannot think of a world where they don’t exist. Science is incredibly powerful and exciting, nurturing curiosities, opening up limitless possibilities, triggering a perpetual quest for the ‘how and why’ of things.

Stupendous advances made in science medicine and technology have altered the way we live. Science is supremely significant and governs our daily lives.- from the break of dawn (when we brew a cup of coffee) till the still of the night( when we read our e-books, listen to music or the weather report, watch the TV and drop off to sleep.). Science helps us solve problems, enhance critical thinking, and get the answers that we need.

Art vs Science – the Battle Royale

So, which one is more important Art or Science? That’s the million-dollar question! If science is about ‘seeing and understanding’, Art is about ‘feeling and expression’. Science is all about envisioning the world as it is today, making things work, and perceiving how it could be tomorrow. As Art is an expression of our passions and an outpouring of our views and feelings of the things around us, it helps us to deal and cope with what is and what might be. If there is a today for Art, there is a tomorrow too. 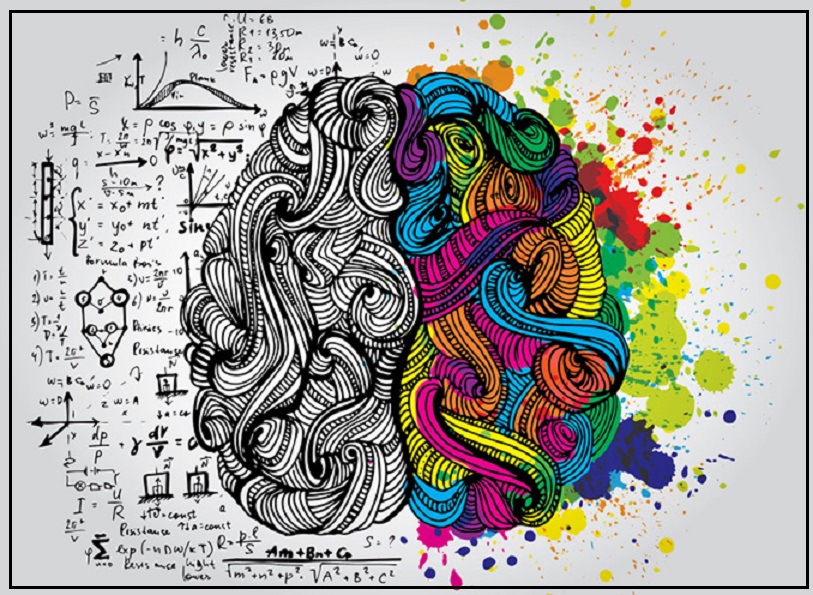 How different are Art and Science

It’s a given that the beginning and end of all art is to create – Science, too, deals with the creating of machines and devices. In doing so, designing, aesthetics, and technique come into play. So art does play a role even in science. If Art and dreamers go hand in hand, so do Science and visionaries. The roles are not very different.

Where Art and Science meet

Look around you and see how Art and Science intertwine. The Great Pyramids is an engineering marvel but no one can deny its artistic beauty. Originally, slabs of polished white limestone covered the Pyramids.. They lit up when the sun’s rays fell on them. Removing these facades didn’t diminish its beauty nor decrease its scientific significance.ed. The Taj Mahal, Rome’s Colosseum and so many other structures are scientific ingenuities that evoke artistic awe in you.

Monet used synthetic enamels while painting the Victorian fog of London. The aspects of dispersion and diffraction of solar radiation played an important role in his choice of colors. The reflection of light and the play of shadows to create a 3D effect has been used extensively by Rembrandt and other painters. Why, even photography, which was initially regarded purely as an art, is today a product of science and visual arts.

Science tags along with art which is a nudging extension of Science-both meet someplace, though not very obviously. They travel on two different roads that travel alongside each other, diverge and reconnect. Scientists work in labs to help understand life and creation better while artists in their studios create to uplift and better society.

Science deals with facts and probabilities. Art, unrestrained, envisages possibilities beyond the purview of ‘what is’. Art is soothing and has a tranquilizing effect while Science kindles and motivates. So, in a sense, both are offshoots of strong but different emotions.

Science and Art need each other

Even great scientists like Albert Einstein believed that “imagination was more important to a scientist than knowledge.” He noted that while ‘logic will get you from A to B, imagination will take you everywhere.”

Three cheers for Art and Three more for Science. Neither needs each other and yet one without the other is unthinkable.