Tea Drinking Across Traditions and Cultures

Tea drinking is as old as the hills. It began a long time ago. Legend has it that tea itself was an accident- a dried tea leaf fell from the tea plant into the Emperor Shen Nong’s cup and the infusion tasted so wonderful that boiling tea leaves in hot water became a ritual. Other Indian and Japanese stories revolve around tea-making and tea-drinking, but the essence is the same. Undoubtedly, tea is an invigorating drink, a powerful brew that can do wonders.

This magical beverage has achieved almost iconic status across the world. Regardless of how you take your tea, undeniably it’s the most versatile and soothing of drinks. By no means a  heady drink, there’s no doubt that tea addicts all over the world will do just about anything for that ‘cuppa tea’. Be it striking of a deal, signing a contract, sorting out differences, overcoming stress, warming up or just cooling off, tea seems to be the answer for everything

Confucius summed it up neatly when he said, “Tea tempers the spirits and harmonizes the mind, dispels lassitude and relieves fatigue, awakens thought and prevents drowsiness, lightens or refreshes the body, and clears the perceptive faculties.”

Steeped in tradition and culture, tea drinking and brewing are unique.  So, let’s travel across the globe. and explore tea’s unique flavors. While doing so, let’s delve into the hues that color the art and science of tea drinking. Onward march to South Asia- 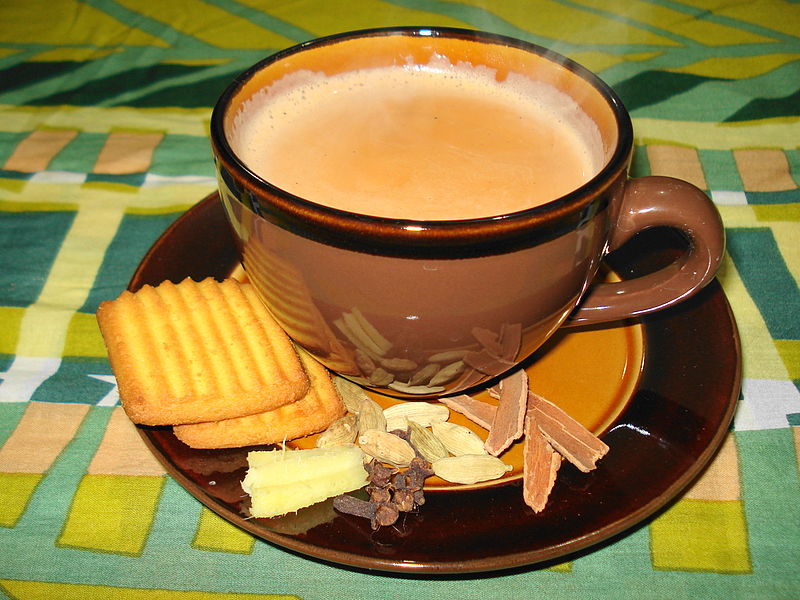 In the land of masala chai, where ‘chai wallahs’ are in great demand, there is no particular time for a cup of chai. Everyone loves this boiled concoction of tea leaves, spices, water, and milk.

Just about anywhere there are ‘chai stalls’. Locals get together for a refreshing break and catch up on the latest news. Even the grapevine works overtime with gossip flowing fast and thick over a cup of tea. You can find those ‘ubiquitous tea stalls’ mushrooming across the length and breadth of the country.

India’s adrak ki chai is an all-time favorite and the hot, spicy taste of ginger tickles your taste buds as you sip your way through. Some chai-wallahs offer ‘Elachi chai’, ‘kalimirch ki chai’, or ‘dalchini ki chai’- each one standing tall. Pune and Hyderabad are home to the ‘Irani chai and maska bun’. Maharashtra’s Amrut Tulya tea tastes like ‘nectar’. It’s a rich, creamy brew, spiced with peppercorn, nutmeg, cloves, cinnamon. Sometimes, honey or jaggery act as sweeteners.

You have surely heard of Tandoors- but have you come across tandoori Chai? The smoky flavor of tandoori chai drunk from kulhads or red clay teacups has no compare. Many parts of Rajasthan serve pink tea- the traditional tea drink from Kashmir. Likewise, herbal teas made from hot water, herbs, and roots have a huge appeal. Also, these teas have a large following too. 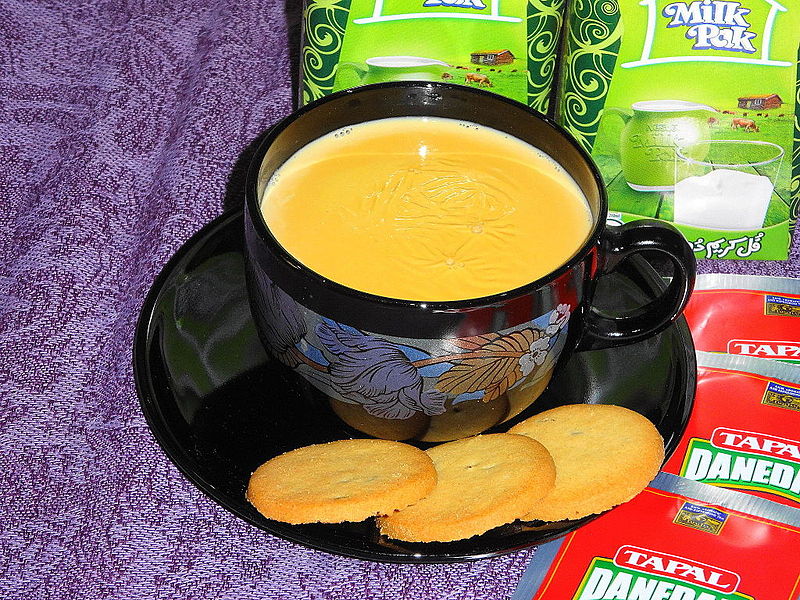 Tea unites people and energizes them. That’s why Pakistanis never tire of consuming large quantities at a stretch. Be it a discussion or a debate, it’s usually done over a cup of Doodh Patti. While black tea and ‘spiced tea’ is popular in Karachi, Doodh Pati- ‘the-all milk’ and ‘no water tea’ makes its appearance in many homes. It’s easily the most popular tea in the country. 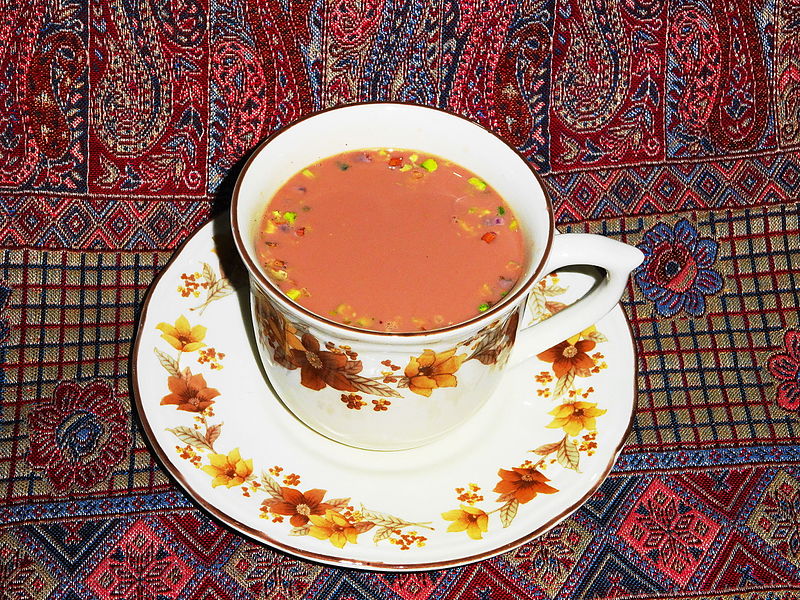 Kashmir Gulabi (pink) or Noon Chai, is also a great favorite. If you’re wondering what makes the tea pink- then here’s what you need to know. In addition to milk, spices like cinnamon, cardamom, and star anise and nuts like pistachios, give tea the flavor. But it gets its color from that pinch of ‘baking soda and salt’ that the locals tend to add.

That’s the greeting that resounds across Nepal and is the most popular way to either start an interaction, end one, or just say ‘hello’. Chiya is an integral part of Nepali life and culture- be it at home or office. Anywhere you go, you’ll soon have in your hands, a steaming cup of that sweet, milky concoction that’s so typically Nepali. Though this is the most popular type of tea, many drink it black too. Also, adding ginger or a squeeze of lemon gives the tea a new twist.

Nooks and corners in cities and villages house small tea shops that guarantee to satisfy your longing. Most of these shops make ‘chiya’ on Kerosene stoves or wood fire. Rest assured that you’ll find these places are hotbeds of politics and general debates. The ‘steadily boiling chiya’, improving in texture and color over time, is the big draw.

Since 400 BC, this ‘tear-drop island’ has been home to infusions and drinks made from native herbs. The rich herbal diversity and richer botanical history connect the island with the past. Tea drinking has a colonial-era background and it’s an acquired habit that hasn’t gone away.

Sri Lankan teas (Ceylon Teas) have a rich coppery hue and unique tastes and aromas. The wide variety of flavors and the fruity, spicy, earthy, and nutty aromas are enough to entice you to have more than just a cup. Sri Lankites make traditional tea from milk and coconut sugar (jaggery). Tea is easily available at local eateries, stations, kiosks, and in small tea shops.

Cupping(tea-tasting) is very popular in Sri Lanka. You expose your palate to different teas with different flavors.

Cha khabe?- (do you want some tea?) is the question that does daily rounds across the length and breadth of Bangladesh. You may be stifling in the heat, sweating in the sun, wilting in the hot breeze that blows, but that ‘boiling cup of cha’ is always welcome. This part of the British legacy has remained intact- the Dhakaite and a cup of tea are inseparable. For Bangladeshis, tea is a way of life and maybe life itself.

Tea is a nice way to begin the day, a way to unwind, a way to energize and rejuvenate. Adding ginger, lemon, and holy basil spices up an ordinary cup of tea. Fruity and floral flavored teas are highly popular. Moreover, believe it or not, you can even have chili or tamarind tea!!!! As a result, tea stalls burgeon across cities and towns.

Recently, a special ‘rainbow’ or seven-color layered tea that has different colors, tastes, and flavors for each layer, has been doing rounds in Dhaka. The credit for this colored creation goes to Romesh Ram Gour from the “tea capital of Bangladesh- the northeastern Moulvibazar district.”

Bhutan Jump-starts its Day with Suja

Drinking Butter tea is common in countries in the Himalayan region. For high-altitude countries like Tibet and Bhutan, this is almost a staple drink. Butter tea is called Suja in Bhutan. The black liquid, produced by boiling tea leaves, is blended with butter and salt. This yields a rich, creamy brew.

This early morning, nutritious drink fortifies them, keeps them warm, and helps them stay energized. Many Bhutanese consume bowlfuls of this beverage every morning. No celebration, ritual, or festival is complete without Suja. 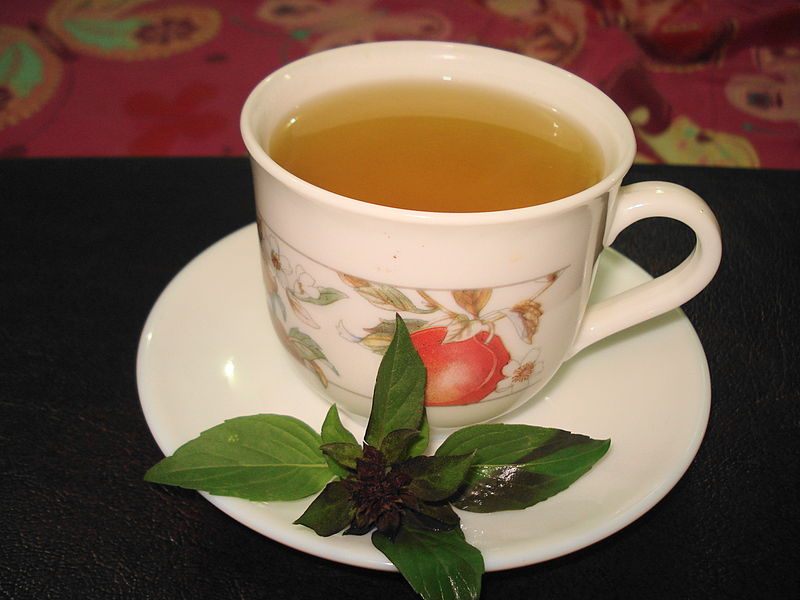 Kahwah– the tea that’s commonly drunk in  Afghanistan- is a blend of green tea, nuts, and spices. In many ways, it resembles India’s Masala chai, kalimirchi chai, or adrak ki chai. The spices are crushed, placed in the teapot, and boiling water is poured over them.

It’s said that “Tea is Afghanistan’s unofficial national drink.” Tea is an inevitable part of the Afghani culture.  Guests drink tea all the time. Moreover, tea adorns the tables at social gatherings and office meetings. Serving tea in short glasses (istakhan) or bowls (pialas), placed on silver trays, is generally the norm.

Afghan customs extend to tea-drinking rituals too. The first cup of tea is sugary and sweet- ‘chai shireen’. And, this is usually accompanied by a second cup of tea without sugar- ‘chai talkh.’ Possibly, that’s why guests tend to place sugar candy or cubes- ‘qands’- in their mouths while they sip ‘chai-talkh’. When the weather is cold, tea is often served with ‘ghur’ as this is expected to warm the guests.

A word of caution though! If you’ve had enough tea, don’t forget to turn your bowl or glass over- else be sure that it will be refilled again and again. On the other hand, when guests are served in separate teapots, they can consume how much they want- depending on their preferences. Many families have their special recipes and their own choice spices for making tea. 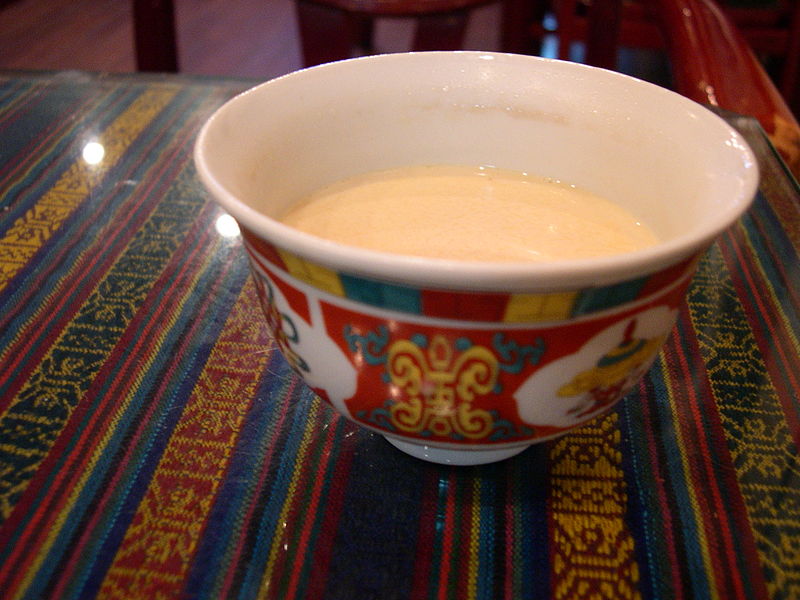 A soupy tea that’s quite unlike any tea that you find elsewhere (except perhaps in some regions of the Himalaya). Po Cha or Butter Tea is what Tibetans drink to combat the cold. Pu-erh teacakes are immersed in hot water and boiled for a long time- hours on end. The result is a thick, black, bitter concoction that is practically undrinkable.

And that’s not all- this bitter beverage is mixed with yak butter, salt and milk (chaku), and churned together. Not without reason is this tea called ‘Butter Tea’! The churned mixture attains a soupy consistency. Although Tibetans love this dark, bitter liquid, tourists may not find it so pleasant.

If you are visiting Tibet and don’t want to land up drinking pints of that stuff, ensure that you drain your bowl just before you take leave of your guests. Just pretend to sip your tea till everyone else has drunk theirs. Tibetan etiquette forbids empty or partially empty cups in front of their guests. The host constantly tops up their bowls. So, don’t drink until everyone is done. Or else you’ll pay the penalty of having to drink more cups than you care of the bitter brew.

Rest assured, Po-Cha is a great favorite across the cold, high-altitude regions. Firstly, it energizes them, keeps them warm, and above all fortifies them. Tibetans believe that it’s a lifeline that unites family and friends and keeps them ticking.

There’s more tea-drinking on the anvil! So please be on the lookout for Part 2, soon…